Birds and Braais in Plettenberg Bay 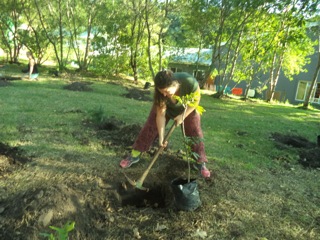 Yesterday was mostly a driving day, so I’m thankful we spent some time on Table Mountain in the morning. Table mountain has more plant species than the entire UK, its one of the new 7 natural wonders of the world, and its one of the oldest mountains in the world since its 260 million years old! 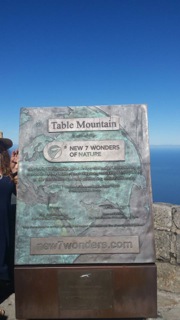 It’s also the only part of the earth that has a constellation named after it! After we left, we drove most of the day with the exception of some Oreo milkshakes and an AMAZING colorful home cooked dinner with grilled meat, veggies, and everything we could’ve wanted after being welcomed into a local home. We finally arrived to Plettenberg Bay where we will start most of our nature and conservation studies in a more rural area at Forest Hall. Forest Hall focuses on alien clearing and reforestation, which is why we will soon be planting trees in efforts to counteract our carbon footprint. Forest Hall perceives conservation as an imperative responsibility to improve future generations.

We started today with a bird studies talk – we learned how to label, ring, and record a bird to study migration patterns for conservation efforts. We got to fetch the birds from the net and then, after ringing them, let the birds to back into the wild. Then we took a walk to see Fynbos (a small shrub land biome unique to the Western Cape of South Africa with extensive biodiversity) and then talked about the social implications of the environment. Our guide Cindy told us that the biggest problem regarding environment conservation is poverty. I asked the question: if poverty is the biggest problem of environmental conservation from a socio-economic perspective, then that would imply that increasing monetary wealth would mitigate the problem. However, wealth isn’t a silver bullet solution be 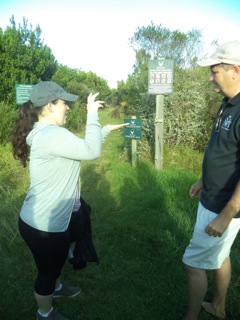 cause people tend to consequentially consume more food, water, land, and distance themselves more from the land as their monetary wealth grows. This would suggest increasing education programs to spread the idea of conservation, however I know many people (including me sometimes) who are educated and have enough money to live, but still chose convenience over conservation. I asked what were her suggestions to combat this problem between lack of action despite education, and she said that it is imperative that we get people out of poverty through subsidized programs that encourage a stronger love and passion towards the environment so the desire of conservation comes naturally. She said that these programs don’t necessarily make these families rich enough where they would consume much more than they did before, but it would put food on the table, which is the most important. 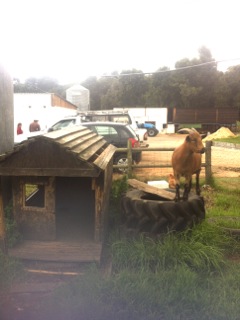 This nature walk and lunch on the farm with cows, chickens, sheep, etc., was a great example of becoming closer to the land to grow appreciation to where we live, what we eat, and how we eat it. We finished the day with a braai (the typical southern African BBQ). A braai, or braaivelies, is the Afrikaans word for grilled meat, but it usually relates to a social event, which revolves around chicken, pork or lamb. It was great to relax after so many action packed moments! Can’t wait to swim with seals tomorrow!

The South Africa travel was the most incredible experience of life!! With Conservation Global’s help, I experienced memories that will last a lifetime. From learning about sustainability in townships and wildlife conservatory at game reserves, to the social and economic issues that South Africa struggles with today, Conservation Global allowed me to be enthusiastic and engaged throughout our trip, as well as encouraged me to think about how my relationship with nature and the environment will affect future generations for years to come.