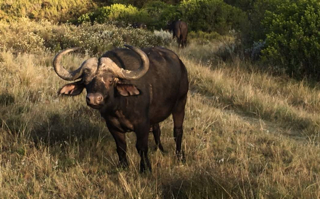 Shark diving today!!! As excited as I was about it, I still had some hesitations and mixed feelings about one of the biggest tourist industries in South Africa. Our class critically discussed our preconceived range of ethical, economic and social components of shark cage diving. On one side, economic elements consist of employment and tourist considerations that attract tourist dollars and encourage employment in the industry. The ethical and social implications, however, revolve around marketing the sharks as scary as opposed to astonishing creatures. 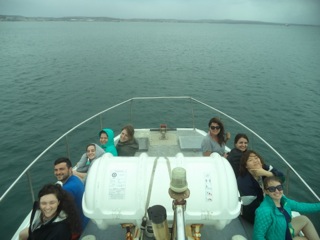 We also thought that the sharks also somewhat associate the boats with a meal, which pulls them away from their natural and independent habits. We believed these statements and connotations before going, but our feelings about the industry changed drastically after going. Before the boat, we had a short lecture from the company. Instead of instigating our fears, they discussed how the shark is actually a beautiful animal that needs to be conserved. The shark fin industry shows that we kill many more sharks than the amount of humans they kill. 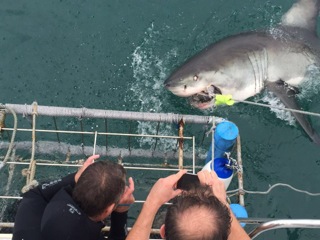 We are the predators, not them and it is something that we need to actively address. After the lecture, we loaded onto our boat of 16 people and set out to sea. After passing Seal Island, we set our anchor and starting seeing shark fins circling our boat right away. This rare occasion called for jumping into the cage right away. At first it was scary due to our prejudged sentiments, however after a few sharks I found it a calming experience. The sharks got aggressive a few times, but they were more often majestic and patient. With regards on being dependent on the boats for food, that was also proved untrue. The skippers do not necessarily feed the sharks unless the sharks catch the tuna head. Instead, they pour fishy water into the ocean to generate a fishy scent and attract the sharks. In the end, the exhilarating yet simultaneously calming experience really changed what I think about these giant aquatic creatures after seeing them in their natural habitat.

On the topic of seeing animals in their natural habitat, our next stop was Gondwana Game Reserve. Their goals and mission statement include expanding to be a safe, natural spot for high-risk animals in danger of poaching and other 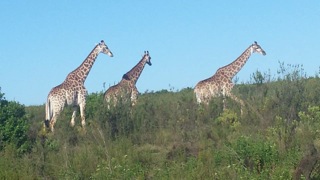 hunting desires. Gondwana brings humans closer to nature and animals in their natural habitat so we can gain a better understanding and appreciation for these animals. Our tour guide, Forget, showed us 4 animals out of the Big Five (the African Lion, African elephant, White rhinoceros, and the Cape buffalo (we did not get to see the African leopard). These animals were originally called the Big Five to refer to

the five hardest animals to hunt on foot, but now game reserves use it as a tourist attraction (tourist dollars help support the conservation efforts). We learned so many fun facts, for example, all zebras have different stripes for their offspring to identify them. Also, they are black and white as a natural body heating and cooling mechanism. When the air is cool, the zebras attract solar heat through their black stripes and contrarily when they are hot, they reflect the heat through their white stripe. Forget also told us different names for different species of herds for example a dazzle of zebras, a crash of rhinos, or a tower of giraffes.

When we saw the rhinos, our safari group discussed the economic and social implications of rhino poaching. This industry epitomizes the struggle between tradition, the economy and ethical frameworks. We talked to Mark 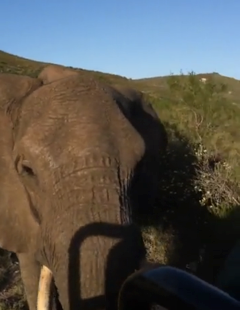 Rutherford who started the Gondwana Game Reserve. I asked about combatting arguments of tradition for using the rhino horns for “medicinal needs” and using the soon-to-be risk for endangered species of rhinos for commodification. He answered this by discussing the difficulty of arguing against a culture but the problem becomes more malleable once the older generations die off and the youthfully progressive minds come to power and hopefully shift these outdated, immoral, unsustainable values. He also posed the question considering the “real poachers.” We conventionally think of these poachers being the men who do the physical poaching in the field, however the industry is much more complex. The 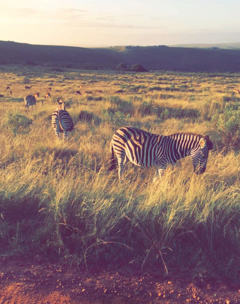 higher tiers in the hierarchy encourage poor Africans to poach once or twice for the same amount of money that they would usually make in a year. This tempting offer perpetuates the horrible industry that is founded on false pretenses related to medicine. I also asked him if there is an ironic conservation effort by the poachers to preserve the animals since their livelihood depends on the trade. He counted that point by saying that this mafia is also involved in other black market industries (i.e. drugs and sex trafficking) so they “strike when the iron’s hot” and once the rhinos become extinct, they will 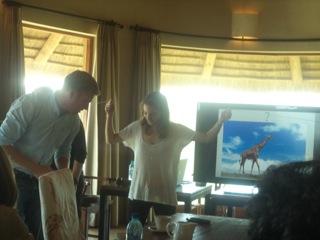 continue invest in the other illegal markets. After this discussion, he demonstrated how to transport animals based on their size and species. We got the opportunity to interact with the guns they use to tranquilize the animals before transport and our team won thanks to Ellie and Skylar’s bull’s-eye ;). He wrapped up the conversation by emphasizing that we can get involved through nongovernmental organizations as long as we do our research and make sure that the 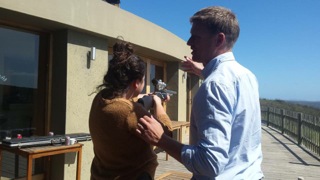 organization has good intentions. During our last safari, Forget showed us an elephant and her three baby offspring. We got so close to it that it started bumping into our car since she saw us as a threat to her spawn. Forget had to yell, “STOP” so the elephant backed away. The elephant’s unpredictability intimidated us, however it took us at least a couple hours to stop talking about it!

By the end of the day, my good friend Julia concluded by saying it was the best day of her life after seeing rhinos, giraffes, lions, elephants, zebras and many other animals in their natural habitat on our safaris in the early morning, late afternoon, and late night.