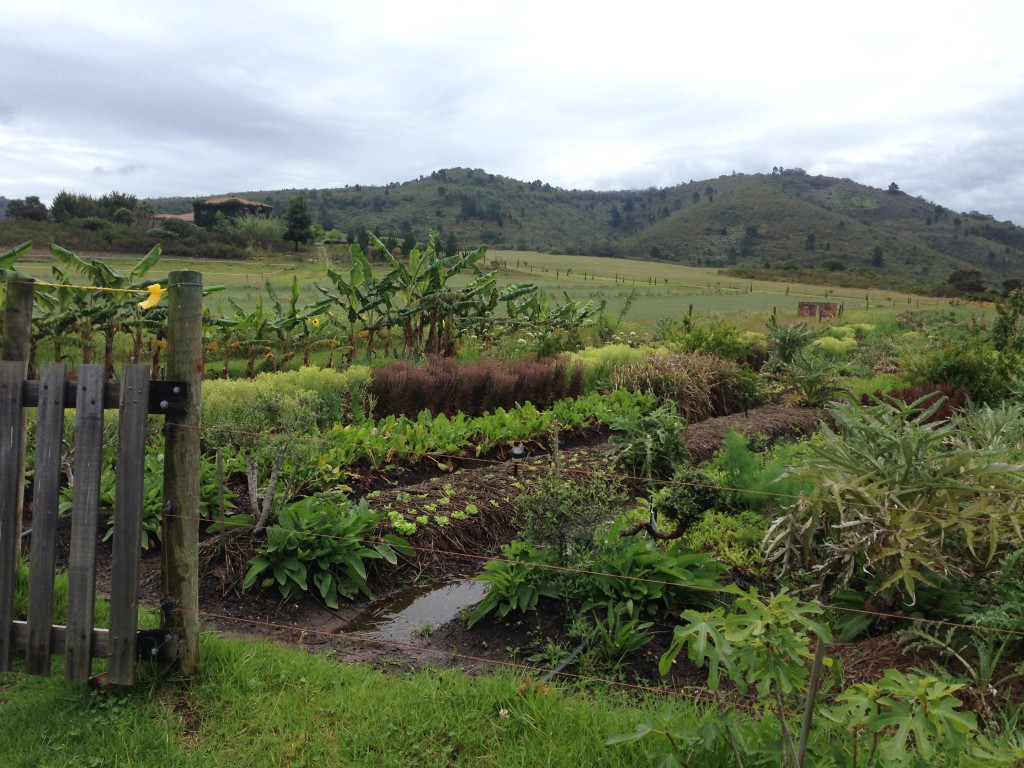 The Food Security Project aimed to identify and foster an understanding of the factors that promote or hinder an individual, family or community’s ability to establish and maintain food security in both rural and urban settings around Knysna and Cape Town, South Africa.

The project expands upon the Slow Food organization’s values – that food should be “good, clean, and fair”. It combined secondary research with three months on-the-ground with Conservation Global in South Africa.

The ultimate goal of Phase I of the project was to gain insight into the complexity around establishing and maintaining food security in these two societies.

Conservation Global’s Food Security Project aims to provide insight into the complexity around establishing and maintaining food security in South Africa’s Western Cape province. The project began in Fall 2014 and will enter its second phase in 2016.

South Africa is plagued with rampant unemployment, extreme socio-economic inequalities, pervasive communicable and non-communicable diseases, a poor public education system, and changing weather patterns due to climate change. On the other hand, South Africa is also home to immense biodiversity, diverse cultures and cuisines, and a promising economy when correctly managed. South Africa’s challenges render it prone to rampant food insecurity, while it’s positive attributes suggest that it has the power to overcome these challenges.

The World Food Programme (2014) defines food secure people as those “who have all-time access to sufficient, safe, and nutritious foods to maintain a healthy and active life.” The three main elements of food security are:

Inadequate and unstable household food production. There is little-to-no production at the household level and many households exist on government grants.

Lack of purchasing power. High unemployment results in a lack of cash flow to purchase food.

Poor nutritional status. One in child in four under the age of six – 1.5 million children – is stunted due to chronic malnutrition.

Phase I, conducted in Fall 2014 aimed to establish a baseline understanding of the status of food security in Cape Town and the Knysna region. The report sought to identify key factors that promote or hinder an individual, family, or community’s access to food security. Through both primary and secondary research, Phase I of the Food Security Project provided Conservation Global with a key understanding existing projects, processes, actors, and gaps or challenges with food security in South Africa’s Western Cape.

The report found that although not for lack of effort, food security is pervasively racialized within South Africa’s Western Cape province, in both rural and urban areas. In the Knysna region, there are few food security projects currently being run, and even fewer successful projects. However, there are ample organic local food markets and restaurants. The local Knysna community seems to want to bridge this gap (that is primarily along racial lines), but the challenges of geographic separation, socio-economic inequality, and power dynamics consistently render the initiatives unsuccessful. This is not for lack of potential: the money is there, the interest is there, and the need is there.

In 2016, CG will develop and launch phase 2 of the Food Security Project – Stay tuned and please contact us if you are interested in collaborating.

“Imagine if, in addition to being able to feed ourselves with healthy, locally grown food, we were able to feed our souls and heal some of the pains of our divided past? Imagine if, through urban farming initiatives and community gardens across our city, we could find common ground, literally? And imagine if, as urban farmers, our young people could reclaim their powers to grow – not just as providers, but also as future leaders? Let’s make it happen.” – Makalima, Ngewana B, 2014.