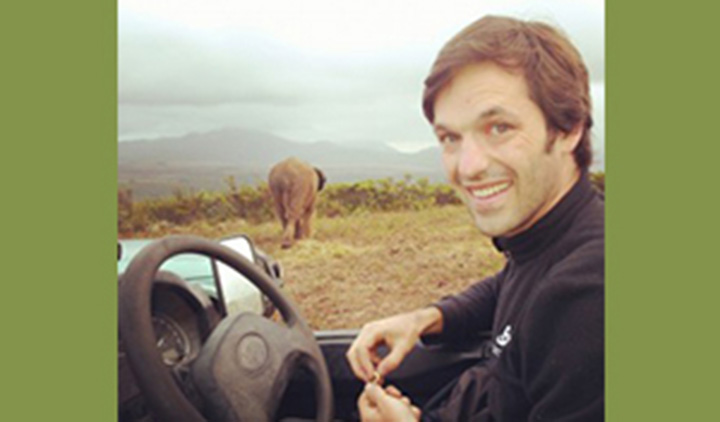 Nikolas holds a Master of Science degree in sustainable resource management and a Bachelor of Science degree in agricultural sciences from the Technische Universität München. Currently, he is writing his PhD on Environmental Peacemaking, as an instrument for conflict transformation in nature conservation areas and to measure the impact of education on the perception and transformation of conflict.

In 2004, he guided a research team on an expedition to the Arctic, following in the footsteps of the “German Arctic Expedition 1912”. Supported by the biggest German icebreaker, “FS Polarstern”, Nikolas made surveys in the north east of Svalbard. Sailing to the north of Greenland, he experienced climate crisis firsthand – instead of breaking and sailing through ice, he only found open waters on 85° north (highly abnormal for that time of the year) . This experience was life-changing for him.

After a second Arctic expedition to Svalbard in 2005, Nikolas turned his attention further south.

In 2008 and 2009 he joined a research team for a population study on the conservation of the coelacanth (Latimeria chalumnae) in Kenya, Tanzania and the Comoro Islands. Exploring maritime life at over 200m depth, and experiencing human grievance in one of the poorest countries on earth, was, again, a life-changing experience.

In 2010, he designed the “Into the Wild” course for students and young people from all over the world, with the aim of bringing them into the reality of human nature conflicts and nature conservation. After the success of these courses, he knew that he had to play his part in bringing together the great potential of people in order to make a positive change for our planet – Nikolas founded Conservation Global in 2011.

Meet the other members