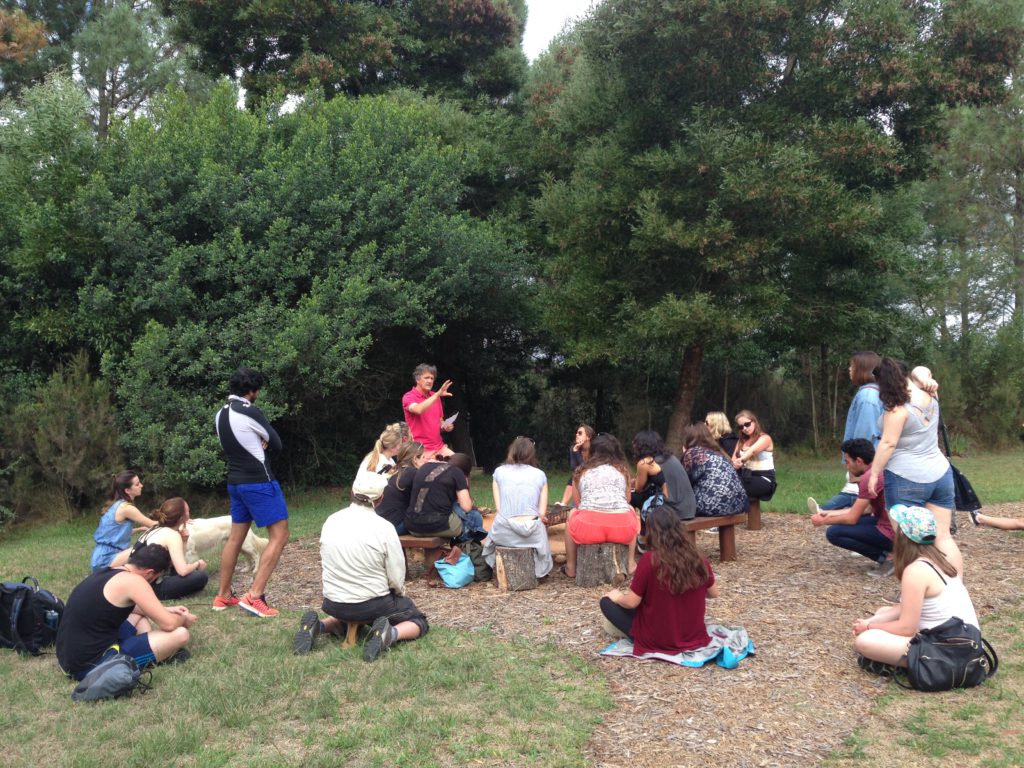 Yesterday we arrived at Homtini Eco-lodge in Knysna! The owner Jeremy gave us a talk about food security/sovereignty as he specializes in community development and 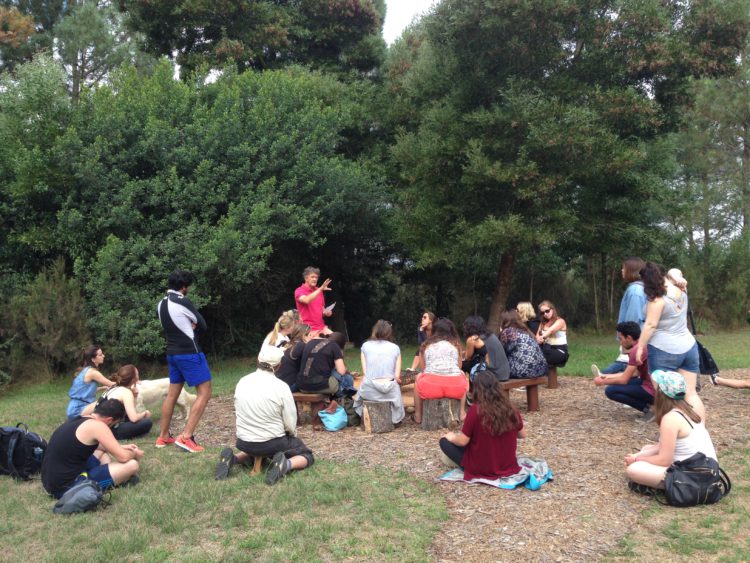 intercultural communication. His talk was super interesting as it incorporated women’s empowerment (or lack thereof) within the grand topic of socio-economic fabric in these communities.    Then we hiked through the woods to go to our honey lecture about sustainable honey farming. We got to try four samples: one raw, two commercial, and one “unknown” (which turned out to be golden syrup). His raw honey was less sweet but had the most heath benefits and least preservatives. He also said that human kind could learn a lot from bees because they are teamwork oriented and get a lot done by working together. However, this is based on a purely physical standpoint and doesn’t include the ethical complexities of humans (religion, class, gender, etc.) that hinder cohesive te 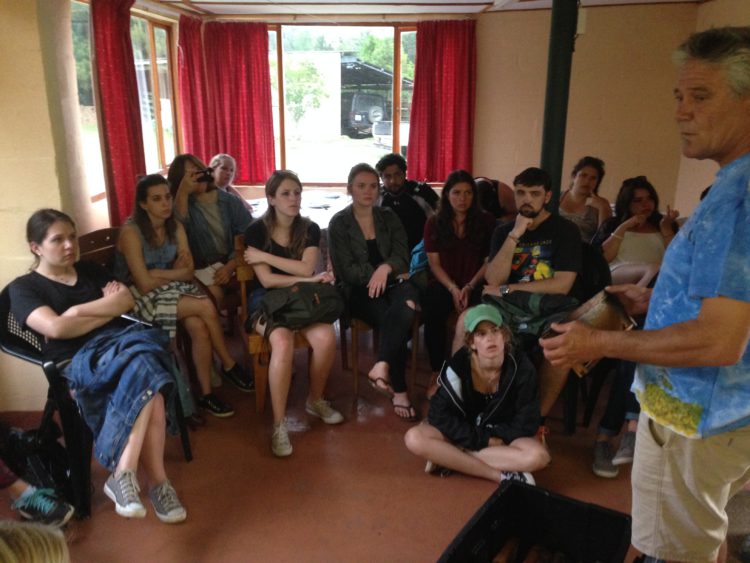 amwork. We followed the lecture with one of the best restaurants in South Africa owed by Brett Garvie called Vege-Table, a vegetarian restaurant that centers on local food production and consumption that took eight months to book the reservation! Locavorism can be good because it theoretically lowers carbon footprints and supports local businesses, however it also discourages the free trade movement, discourages the interaction between cultures on the food platform, and forces the water imports for local foods in a drought. Locavorism is a growing movement with a lot of potential, but its disadvantages should not be overlooked, as some can be unsustainable.

Today we went to TSiBA College, which is an experience I will never forget. We talked about sustainability and what it specifically means to us on both an individual and global level. We came up with concepts 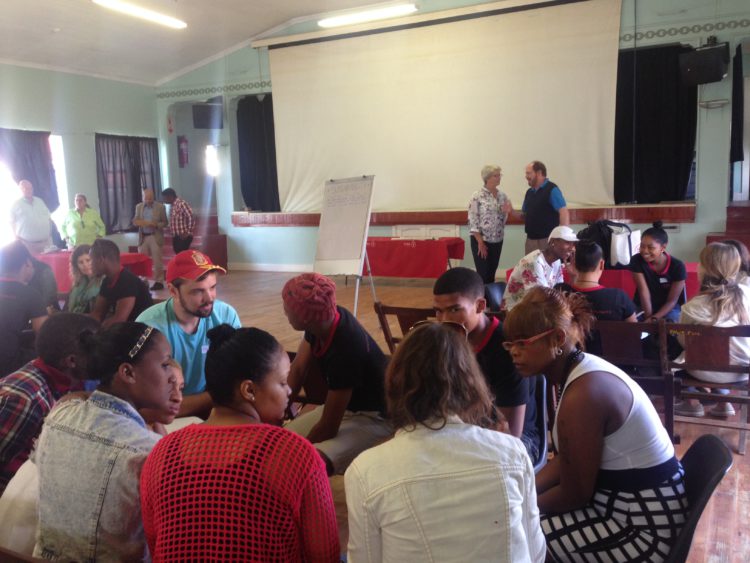 like economy, goals, education, responsibility, culture, consciousness, etc. The economic consideration emphasizes a main incentive for sustainability: the long-run economy. These goals can be met through a mix of education and responsibility; education acknowledges what needs to be done and responsibility acknowledges the action of following through. Sustainability and related concepts need to translate through cultures on a global level because sustainability must be a group effort for fully effective outcomes. The TSiBA students taught us about their sustainable initiatives with regards to their school gardens and communal activities; these align with TSiBA’s four principles of integrity, tenacity, communication, and initiative. They are so proud and passionate about what they do, which inspired me to get involved in my own community.

After TSiBA, we went on a beach walk to a tree-house resembling vacation home owned by an environmental law attorney. I asked her about economic incentives of conservation and she talked about combatting unemployment in a sustainable way. Usually developers use unemployment as a justification for development, but she counters this point by saying that the employment rate can improve if locals can get hired to remove alien species. She does this work for free because she knows the poor economic situations of the people who need it most.

We went to a French restaurant for dinner to meet Gareth Patterson, an author and lion enthusiast who lived in the bush with lions and elephants for many years. He spoke about his near death experiences, his time after his lioness gave birth, and many other moments that shaped his life throughout the years. Everyone on the porch could feel the passion coming out of his pores when he talked about his lifestyle, which helped many of us shift our preconceived notions about lions from an intimidating animal to a compassionate animal. Tomorrow we have a full day of driving and Cape Agulhas before leaving South Africa. 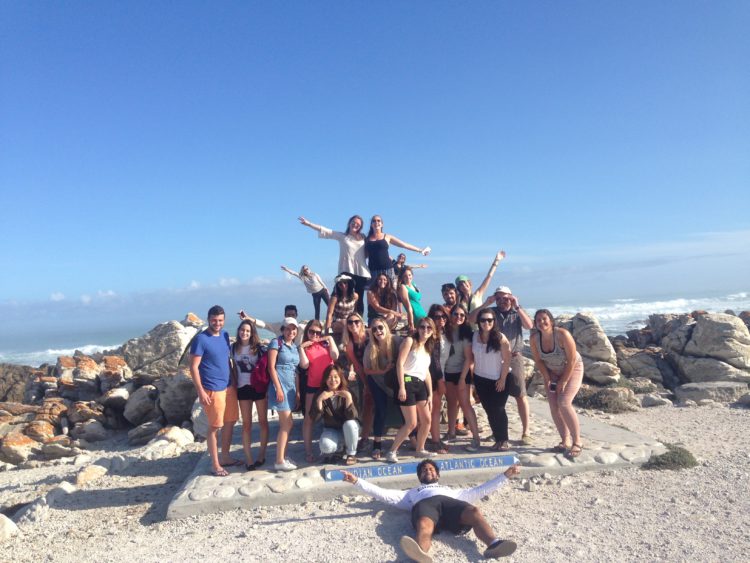